This episode looks at contrasts and musical impressions. Opening with a solitary flute and concluding with the largest and grandest of all pipe instruments, a quartet speaks to the ethereal and momentary nature of music.

Between these, Franz Welser-Möst leads The Cleveland Orchestra strings in Prokofiev’s whimsical and effervescent Visions fugitives, drawn from an early cycle of piano miniatures. The program concludes with a thundering performance of the 20th century’s most intriguing organ concerto played by Paul Jacobs, “a virtuoso of dazzling technical acumen” (The New York Times).

In addition to the concert performances, each episode of In Focus includes behind-the-scenes interviews and features about the music and musicmaking.

Simply text "TCO" to 216-238-0883 and follow the link to begin reading about the music from your mobile device. For a comprehensive guide to the current digital season, please read our Spotlight Magazine online.

(By texting to this number, you may receive messages about The Cleveland Orchestra and its performances; message and data rates may apply. Reply "HELP" for help, "STOP" to cancel.) 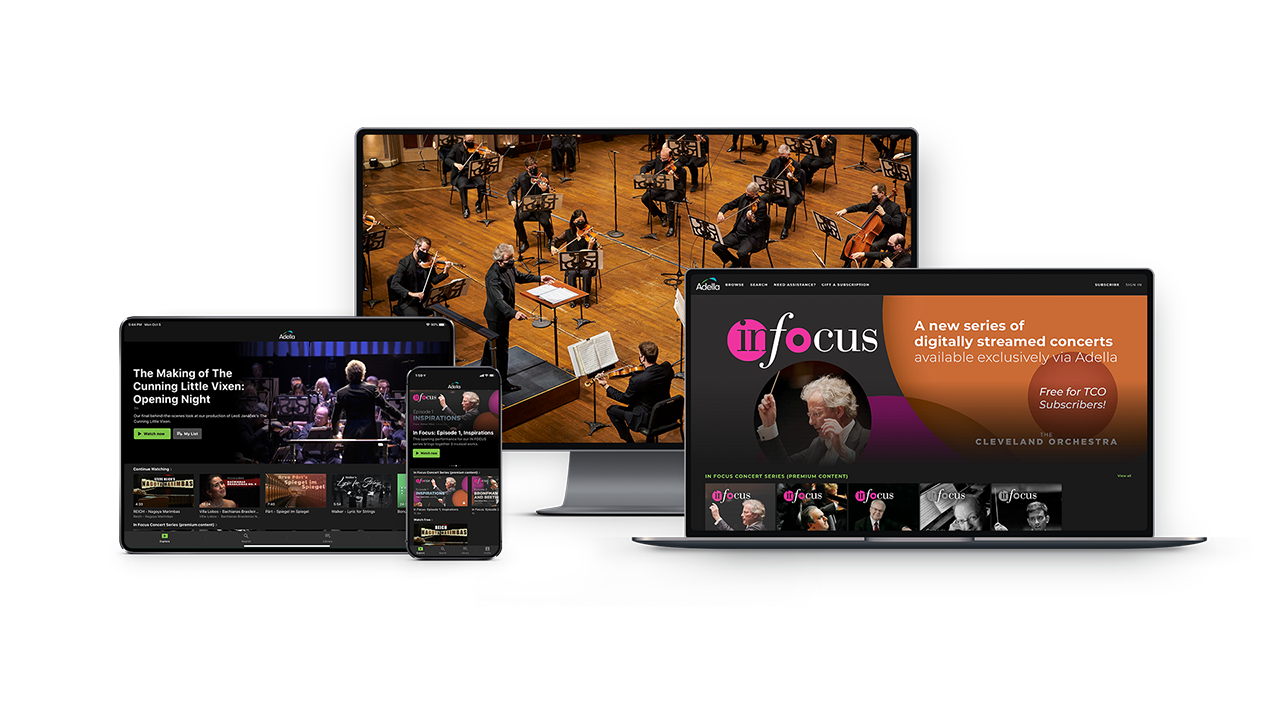