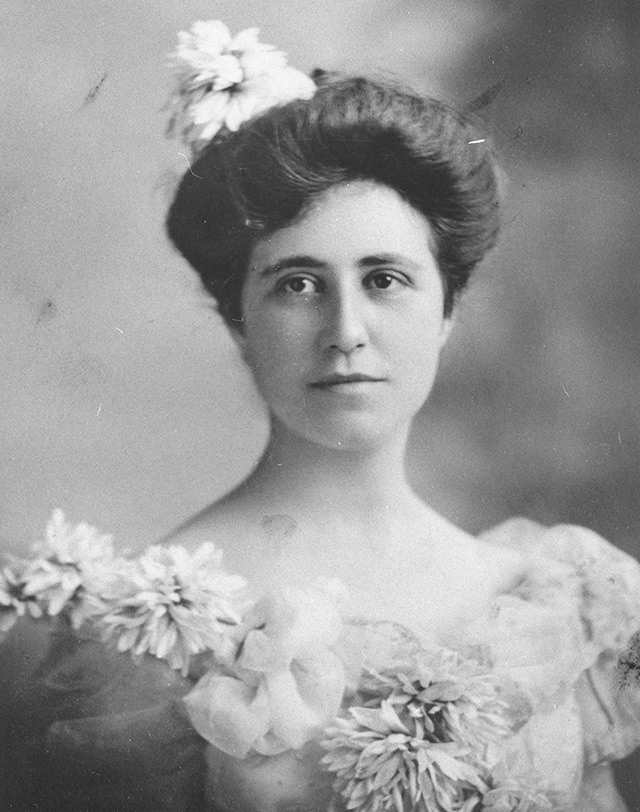 The Mother of The Cleveland Orchestra

Symphony orchestras are rarely born as polished, fully-formed enterprises. Founding a world-class music ensemble is a process that takes time, energy, organization, perseverance, and a great deal of financial support. Although orchestras recognize the debt they owe to those who came before them — composers, conductors, and musicians — they also appreciate the extraordinary impact of music lovers who make performances possible. In 2019, we celebrated the 150th birthday of Adella Prentiss Hughes, whose vision, determination, and largesse led to the founding of The Cleveland Orchestra in 1918.

Long before The Cleveland Orchestra was lauded as “America’s finest,” the city relied on a concert-schedule crowded with visiting performers, soloists, and conductors for musical enrichment. A spark was needed to provide Cleveland with an orchestra of its own — and that spark was Adella Prentiss Hughes. Born in 1869, Hughes had deep connections to Cleveland that traced back to the city’s origin: Her paternal grandfather, Moses Warren, was part of Moses Cleaveland’s original survey team along the Cuyahoga River; and her maternal grandparents were friends of other pioneering families, most notably the Severances. Hughes began taking piano lessons at a young age, inspiring a life-long passion for music. After attending Miss Fisher’s School for Girls, known today as Hathaway Brown, Hughes enrolled at Vassar College, where some of her early leadership experiences occurred.

As a music major, Hughes participated in Vassar’s glee club, founded its banjo club, and organized events for both groups. These proved important milestones for her future career in arts management. During college, she also became friends with Elisabeth Rockefeller and their relationship, based on a shared love of music, would lead to more significant connections down the road.

In 1890, Hughes graduated from Vassar with the distinction of Phi Beta Kappa and traveled across Europe with her mother. Although one of Hughes’s professors, Lucy M. Salmon, encouraged her to pursue a Ph.D. in history, she instead sought to further her interest in music with a “coming of age” journey similar to the Great Western Tour taken by Mozart. Hughes traveled to Europe’s great concert halls and spent time in Berlin, where she continued studying piano.  After returning to the United States, she worked as a professional accompanist and joined Cleveland’s Fortnightly Music Club.

In 1898, Hughes organized her first professional engagement as a concert manager with a local performance of Liza Lehmann’s song-cycle In a Persian Garden, which she took “on tour” to Columbus, Detroit, and Ann Arbor. Three years later, Hughes started a series of concerts sponsored by the Fortnightly Music Club in which nearby ensembles, such as the Pittsburgh Symphony Orchestra, were invited to perform in Cleveland. Building on the success of these presentations, she expanded her reach and brought other top conductors and orchestra to town, including Richard Strauss, Leopold Stokowski, and Gustav Mahler with the New York Philharmonic.

By 1915, Hughes had teamed with singing teacher Almeda Adams to found the Cleveland Music School Settlement for children and had established the Musical Arts Association, which was created to support a variety of musical performances. Shortly thereafter, the organization sponsored nearly a dozen presentations by Sergei Diaghilev’s Ballets Russes, including Stravinsky’s Petrushka and The Firebird. These events were followed by a performance of Richard Wagner’s opera Siegfried at League Park, then-home of the Cleveland Indians, which drew a large crowd and inspired Hughes to consider establishing a permanent orchestra in Cleveland.

After meeting Hughes in New York, conductor and violinist Nikolai Sokoloff agreed to visit Cleveland to survey the level of music education in local public schools. Despite roadblocks caused by World War I and an outbreak of influenza, Sokoloff, Hughes, music critic Archie Bell, and Father John Powers of St. Ann’s Parish in Cleveland Heights soon signed a contract for a concert by the newly-formed Cleveland Symphony Orchestra to be performed on December 11, 1918. For the next fifteen seasons, Adella worked as the Orchestra’s General Manager, a type of position difficult to come by for many women of the time.

Spurred by Hughes’s drive and Sokoloff’s direction, The Cleveland Orchestra began establishing a local and national name for itself with a series of education concerts, regional tours, a performance at New York’s Carnegie Hall (1922), and the ensemble’s first recording — Tchaikovsky’s 1812 Overture — on the Brunswick label (1924).

By decade’s end, Hughes found herself intent on pursuing a permanent home for the Orchestra — a task that was made easier when John L. Severance and his wife, Elisabeth, pledged $1 million toward the construction of a concert hall.

On February 5, 1931, The Cleveland Orchestra hosted a gala concert at newly-completed Severance Hall — located in the city’s University Circle area.  Two years later, with the Orchestra beginning to achieve national recognition, Hughes retired from her administrative duties — though she continued to serve as a volunteer member of the Musical Arts Association.  Her passion for music and education remained steadfast until her death in 1950.  Often called “the Mother of The Cleveland Orchestra” because of her vision and determination in creating a first-rate orchestra for her home town, Hughes has left an indelible imprint on the cultural and artistic community across Northeast Ohio — and around the world.

Samuel Nemeth was a research fellow in the Archives of The Cleveland Orchestra for the 2019–20 season.

Named after the ensemble’s pioneering founder, Adella Prentiss Hughes, our new streaming service & app offers both free and Premium content — including this season’s new, premium In Focus concert series. While free content offers you intriguing samplings of the Orchestra’s artistry and history, a premium monthly membership brings you access to everything that Adella has to offer.