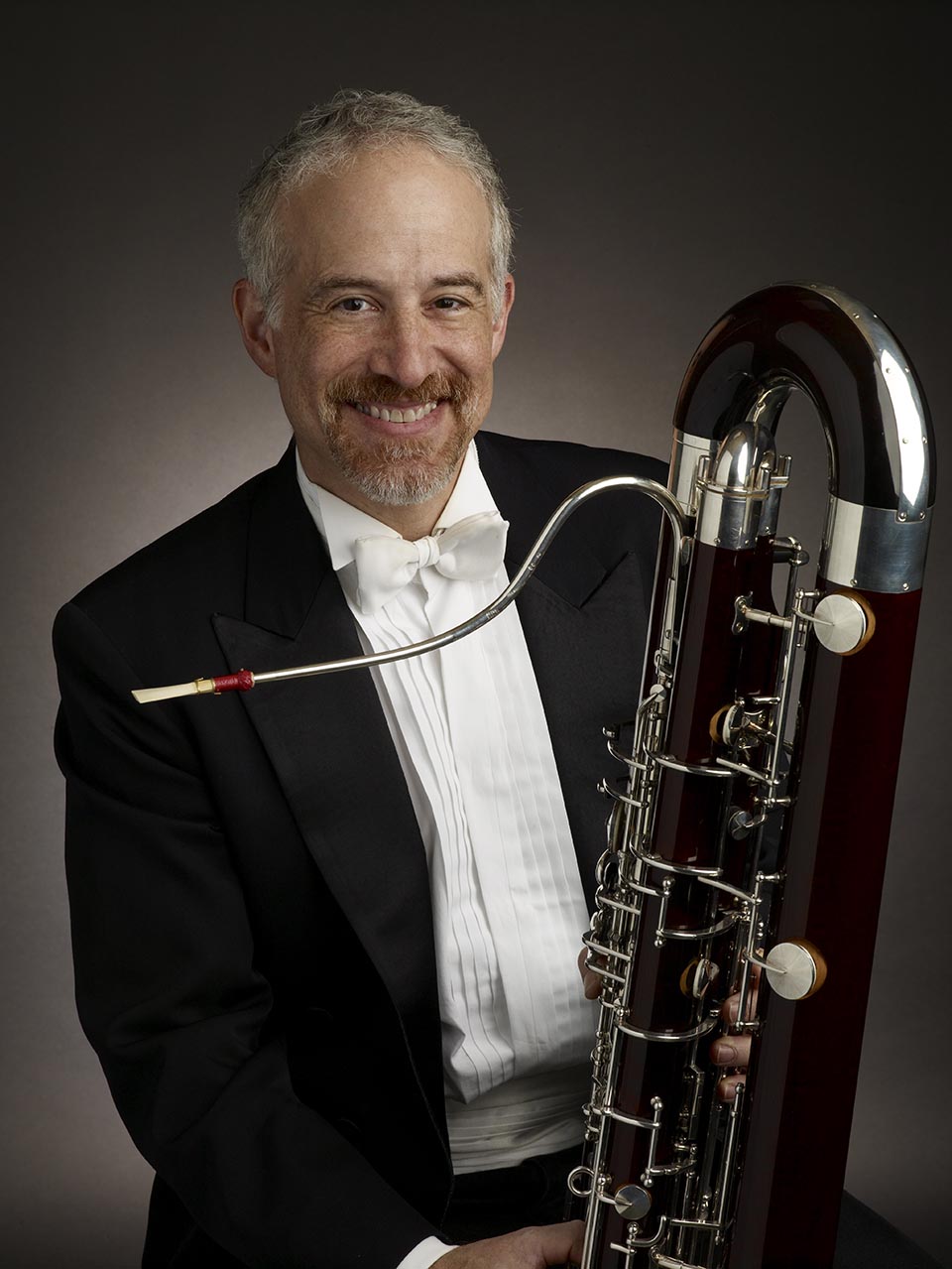 Jonathan Sherwin, bassoonist and contrabassoonist, joined The Cleveland Orchestra in 1997. Previous to joining The Cleveland Orchestra, Mr. Sherwin was a member of the Colorado Symphony, where he also served as personnel manager. While living in Denver, he was active on local Denver television and radio, performing "voice overs" for the orchestra's publicity and advertising. In addition, Mr. Sherwin was the host for the Colorado Symphony's "Talk Back" series of post concert question and answer forums. A native of Buffalo, New York, he holds a bachelor’s degree and The Performer's Certificate from the Eastman School of Music and a master’s degree from Northwestern University. His teachers have included K. David Van Hoesen, Willard Elliot, Burl Lane, and Bradford Buckley.

Mr. Sherwin has served as principal bassoon of the Chicago Opera Theater, Chicago Civic Orchestra, and Chicago City Ballet Orchestra, and also has been a member of the New Orleans Symphony, Buffalo Philharmonic, and Chicago’s Music of the Baroque. He has participated in the Aspen Music Festival, Grand Teton Music Festival, Spoleto Festival USA, and the Festival of Two Worlds in Spoleto, Italy. Active as an educator, Mr. Sherwin teaches at the Cleveland Institute of Music and at Baldwin Wallace University Conservatory of Music and has given masterclasses at many colleges and music festivals including the Eastman School of Music, Duquesne University, The Aspen Music Festival, and The Chautauqua Music Festival. When not practicing, teaching or making reeds, Mr. Sherwin can be found on the tennis court or watching classic movies.