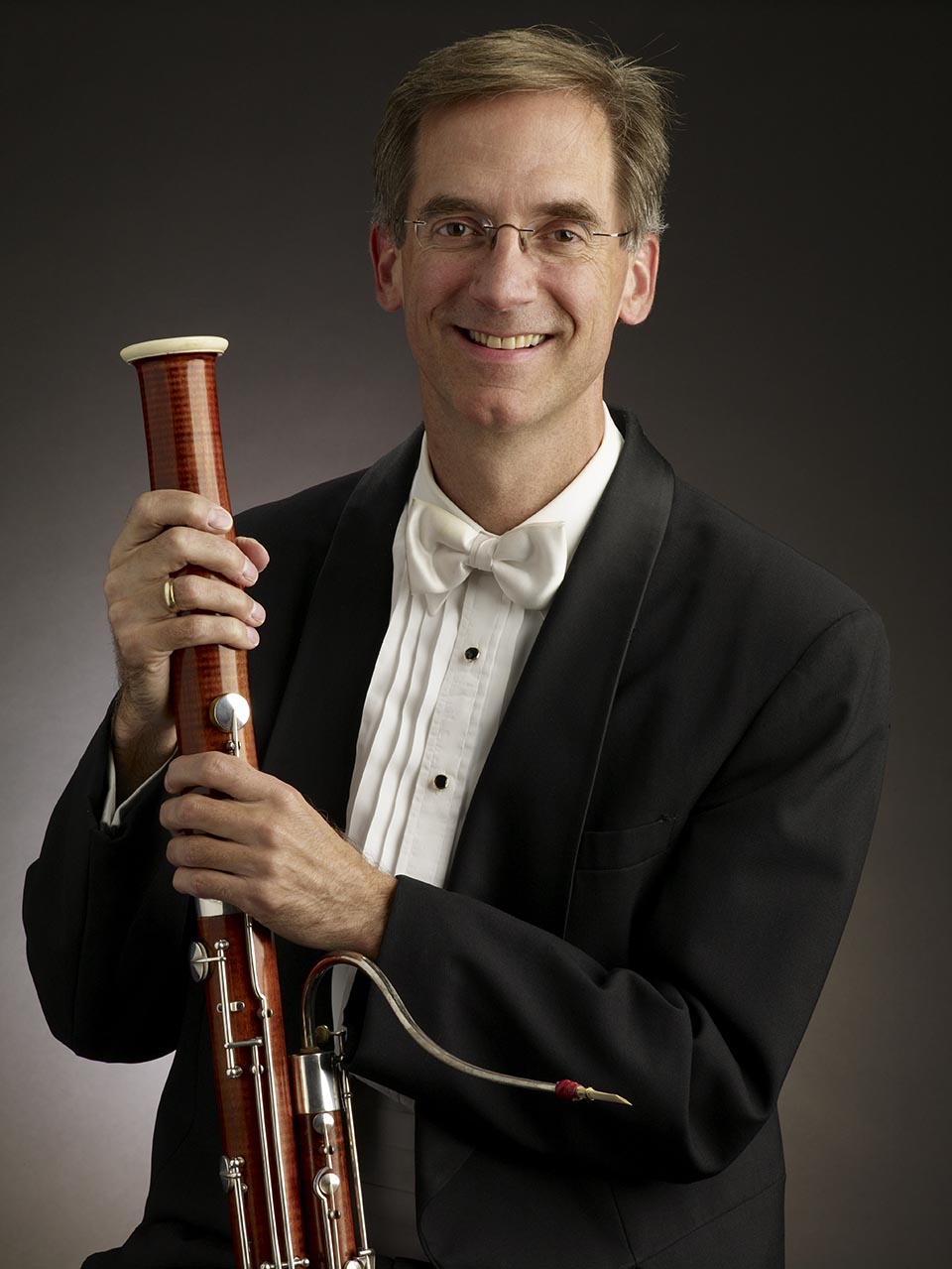 Barrick Stees became assistant principal bassoon of The Cleveland Orchestra in 2001. He is an instructor of bassoon at the Cleveland Institute of Music and Kent/Blossom Music Festival. He earned a bachelor’s degree and performer’s certificate from the Eastman School of Music, where he studied with K. David Van Hoesen.

He has appeared at international music festivals in Italy, Germany, Argentina, Colombia, and the Dominican Republic, and given recitals throughout the United States. His solo appearances including performances with the Hartford Symphony, South Bend Symphony, Brevard Music Center Orchestra, and the Cass City Bach Festival.

He was awarded the Presidential Scholar Teacher Recognition Award from the United States Secretary of Education and, in addition to his current positions, has taught at Michigan State University, Interlochen Arts Camp, Interlochen Arts Academy, Brevard Music Center, and the University of Akron. His students occupy prominent positions in orchestras and universities throughout the United States.