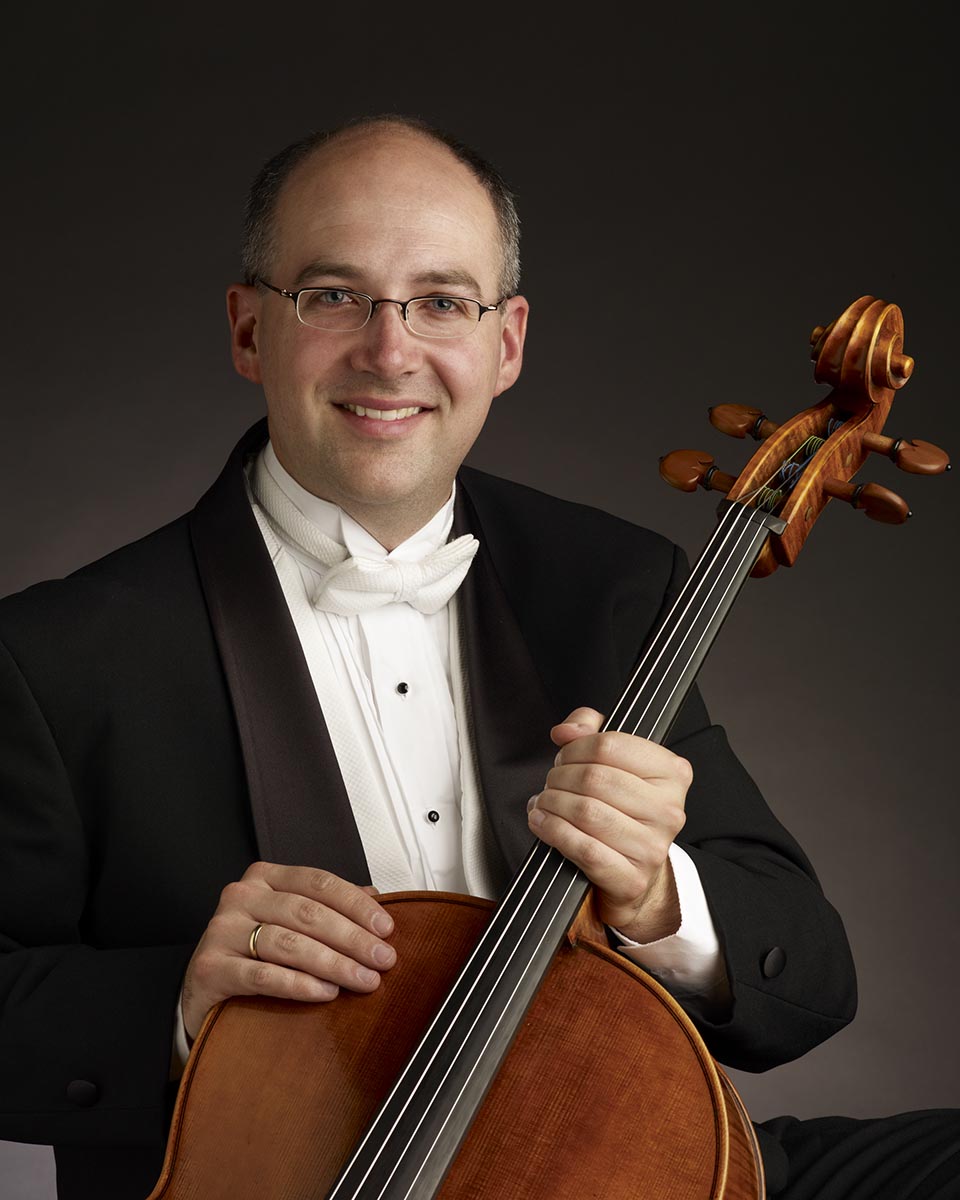 Mark Kosower joined The Cleveland Orchestra as principal cello in 2010. Described as “a virtuoso of staggering prowess” by the Cleveland Plain Dealer, he is a consummate artist, equally known around the world as a recital and concerto soloist and chamber musician. Prior to his appointment in Cleveland, he was solo cellist of the Bamberg Symphony in Germany (2006–10).

In recent seasons, Mr. Kosower has appeared as soloist with the symphony orchestras of Buffalo, Canton, Columbus, Dayton, Indianapolis, Naples, Phoenix, and Toledo, as well as Columbus Pro Musica and the Oregon Mozart Players. During the coronavirus pandemic he performed the complete Bach Cello Suites at Trinity Cathedral in Cleveland to raise money for those affected by Covid-19 as part of his ongoing Bach for Humanity initiative. Founded in 2018, Bach for Humanity aims to bring people of diverse socioeconomic backgrounds together through presentations of Bach’s music in in churches, community organizations, educational institutions, homeless shelters, performing arts series, radio and television stations, and retirement communities.

Mr. Kosower has recorded for the Ambitus, Delos, Naxos International, and VAI labels. He was the first cellist to record the complete music for solo cello of Alberto Ginastera, which he completed for Naxos and was described as a “powerful advocate of Ginastera’s art” by Music-Web International. Strings Magazine said of his Hungarian music album (also with Naxos) that “the music allows Kosower to showcase his stunning virtuosity, passionate intensity, and elegant phrasing.”

In addition to performing, Mr. Kosower is also a sought after teacher and regularly serves as faculty for Carnegie Hall’s National Youth Orchestra of the United States of America, Colorado College’s Summer Music Festival, and California’s Hidden Valley Music Seminars. This season he has been teaching online for the Digital Cello Academy, Audition Confidential, and the Online Solo Strings Intensive. Mr. Kosower has taught and mentored students around the world, including New World Symphony fellows, the Shanghai Orchestra Academy, and the Baccareli Institute of São Paulo and has been on the faculties of the Cleveland Institute of Music, the San Francisco Conservatory of Music, and was a visiting distinguished professor at the University of Oregon during the 2017–18 academic year.

Born in Wisconsin, Mark Kosower began studying cello at the age of one-and-a-half with his father who studied with Ernst Silberstein, principal cello of The Cleveland Orchestra under George Szell. He later studied with Janos Starker at Indiana University and with Joel Krosnick at The Juilliard School. Among his many accolades, Mr. Kosower has received an Avery Fisher Career Grant, a Sony Grant, and grand prize in the Irving M. Klein International String Competition.