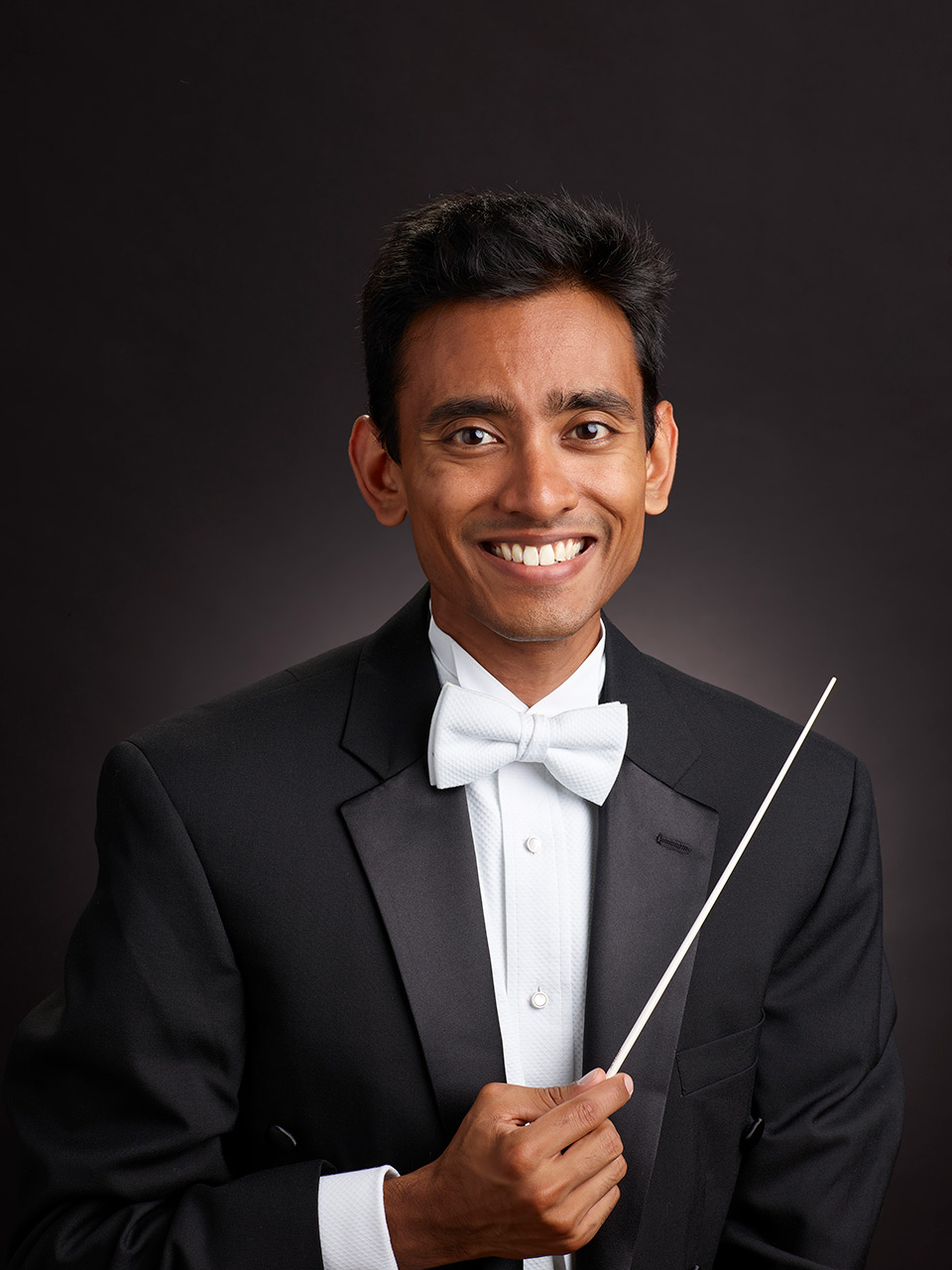 Mr. Parameswaran came to Cleveland following three seasons as associate conductor of the Nashville Symphony (2014-2017), where he led over 150 performances. In the summer of 2017, he was a Conducting Fellow at the Tanglewood Music Center. Recent seasons have included Mr. Parameswaran making his guest conducting debuts with the Rochester Philharmonic and the Tucson Symphony, along with his subscription debut with the Nashville Symphony conducting works by Gabriella Smith, Grieg, and Prokofiev. Other recent engagements have included debuts with the National Symphony Orchestra, Milwaukee Symphony, Jacksonville Symphony, Eugene Symphony, and the Vermont Symphony Orchestra.

In addition to his concert work, Mr. Parameswaran has led performances of Mozart’s The Magic Flute and Donizetti’s The Elixir of Love with Curtis Opera Theater. He also assisted with Opera Philadelphia's presentation of Verdi’s Nabucco.

Mr. Parameswaran has participated in conducting masterclasses with David Zinman at the National Arts Centre Orchestra in Ottawa, as well as with Marin Alsop and Gustav Meier at the Cabrillo Festival of Contemporary Music. He is the conductor on the album Two x Four featuring the Curtis 20/21 ensemble alongside violinists Jaime Laredo and Jennifer Koh, featuring works by Bach, David Ludwig, Philip Glass, and Anna Clyne.

A native of the San Francisco Bay Area, Mr. Parameswaran played as a student for six years in the San Francisco Symphony Youth Orchestra. He holds a bachelor of arts degree in music and political science from Brown University. At Brown, he began his conducting studies with Paul Phillips. He received a diploma from the Curtis Institute of Music, where he studied with Otto-Werner Mueller as the Albert M. Greenfield Fellow.