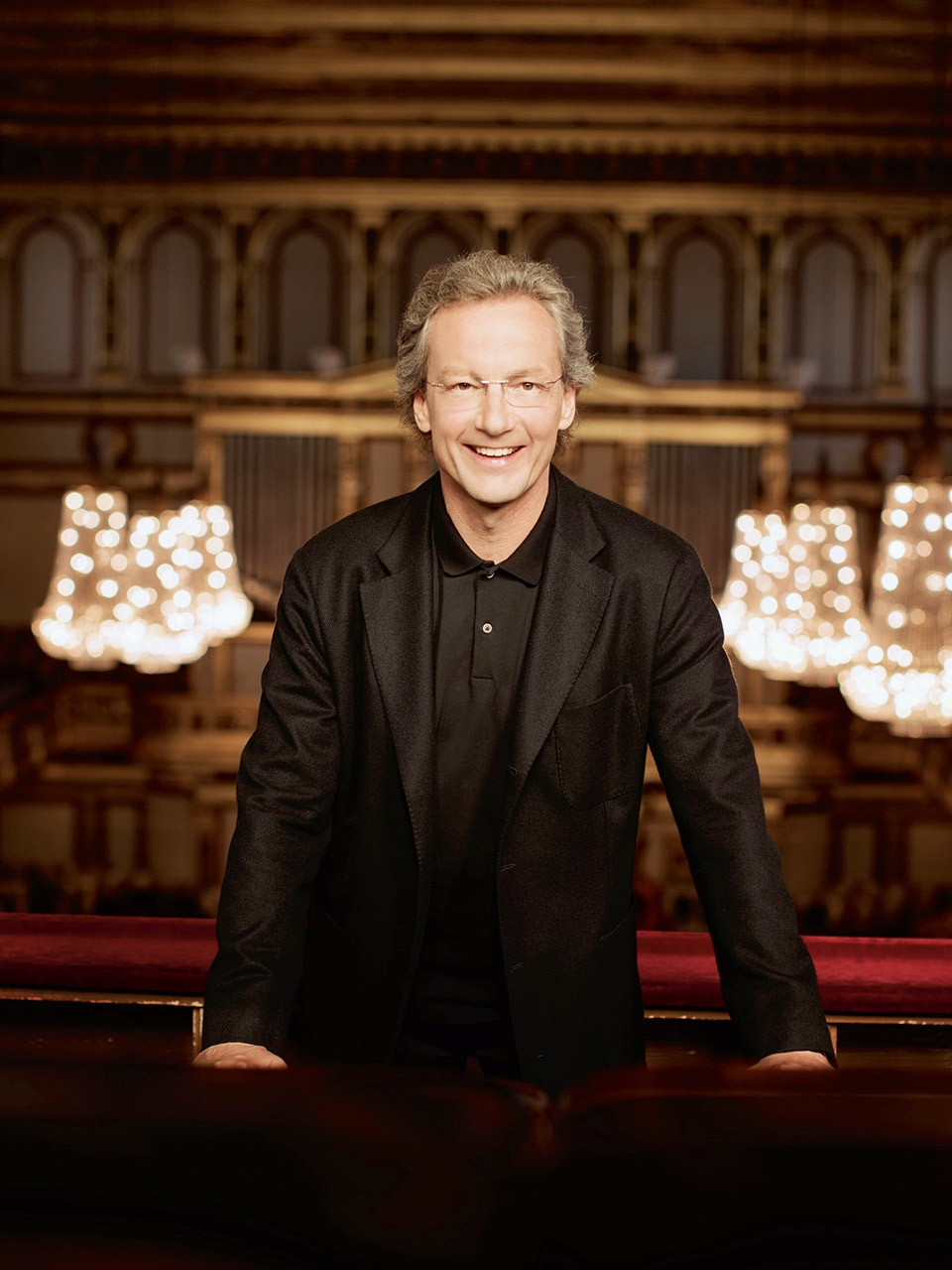 Franz Welser-Möst is amongtoday’s most distinguished conductors. The 2022-23 season marks his 21st year as music director of The Cleveland Orchestra. With the future of their acclaimed partnership extended to 2027, he will be the longest-serving musical leader in the ensemble’s history. The New York Times has declared Cleveland under Welser-Möst’s direction to be “America’s most brilliant orchestra,” praising its virtuosity, elegance of sound, variety of color, and chamber-like musical cohesion.

With Mr. Welser-Möst, The Cleveland Orchestra has been praised for its inventive programming, ongoing support of new music, and innovative work in presenting operas. To date, the Orchestra and Mr. Welser-Möst have been showcased around the world in 20 international tours together. In 2020, the ensemble launched its own recording label and new streaming broadcast platform to share its artistry globally.

In addition to his commitment to Cleveland, Mr. Welser-Möst enjoys a particularly close and productive relationship with the Vienna Philharmonic as a guest conductor. He has been invited to conduct its celebrated New Year’s Concert three times, and regularly leads the orchestra at home in Vienna, as well as on tours.

Mr. Welser-Möst is also a regular guest at the Salzburg Festival where he has led a series of acclaimed opera productions, including Rusalka, Der Rosenkavalier, Fidelio, Die Liebe der Danae, Aribert Reimann’s opera Lear, and Richard Strauss’s Salome. In 2020, he conducted Strauss’s Elektra on the 100th anniversary of its premiere. He has since returned to Salzburg to conduct additional performances of Elektra in 2021 and Giacomo Puccini’s Il Trittico in 2022.

In 2019, Mr. Welser-Möst was awarded the Gold Medal in the Arts by the Kennedy Center International Committee on the Arts. Other honors include The Cleveland Orchestra’s Distinguished Service Award, two Cleveland Arts Prize citations, the Vienna Philharmonic’s “Ring of Honor,” recognition from the Western Law Center for Disability Rights, honorary membership in the Vienna Singverein, appointment as an Academician of the European Academy of Yuste, and the Kilenyi Medal from the Bruckner Society of America..