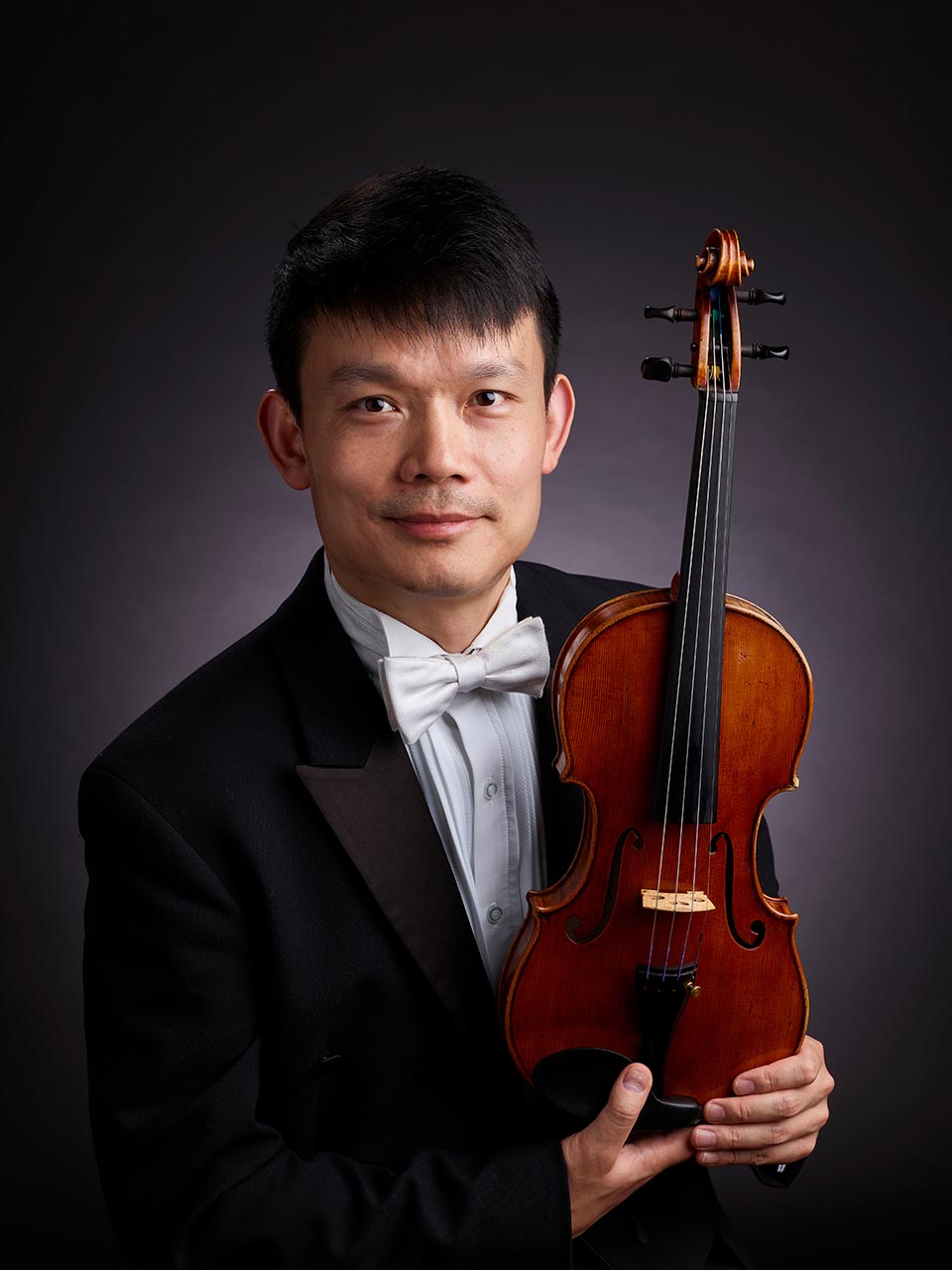 A native of China, Mr. Shu received his early training from the Central Conservatory of Music in Beijing. He holds a bachelor of music degree from Mannes College of Music, where he studied with Lucie Robert, and received a master's of music from the University of Houston under Emanuel Borok. He was subsequently a recipient of the Josef Gingold and Jascha Heifetz Scholarships from Indiana University, where he was an artist diploma student under the guidance of Mauricio Fuks and Alexander Kerr.