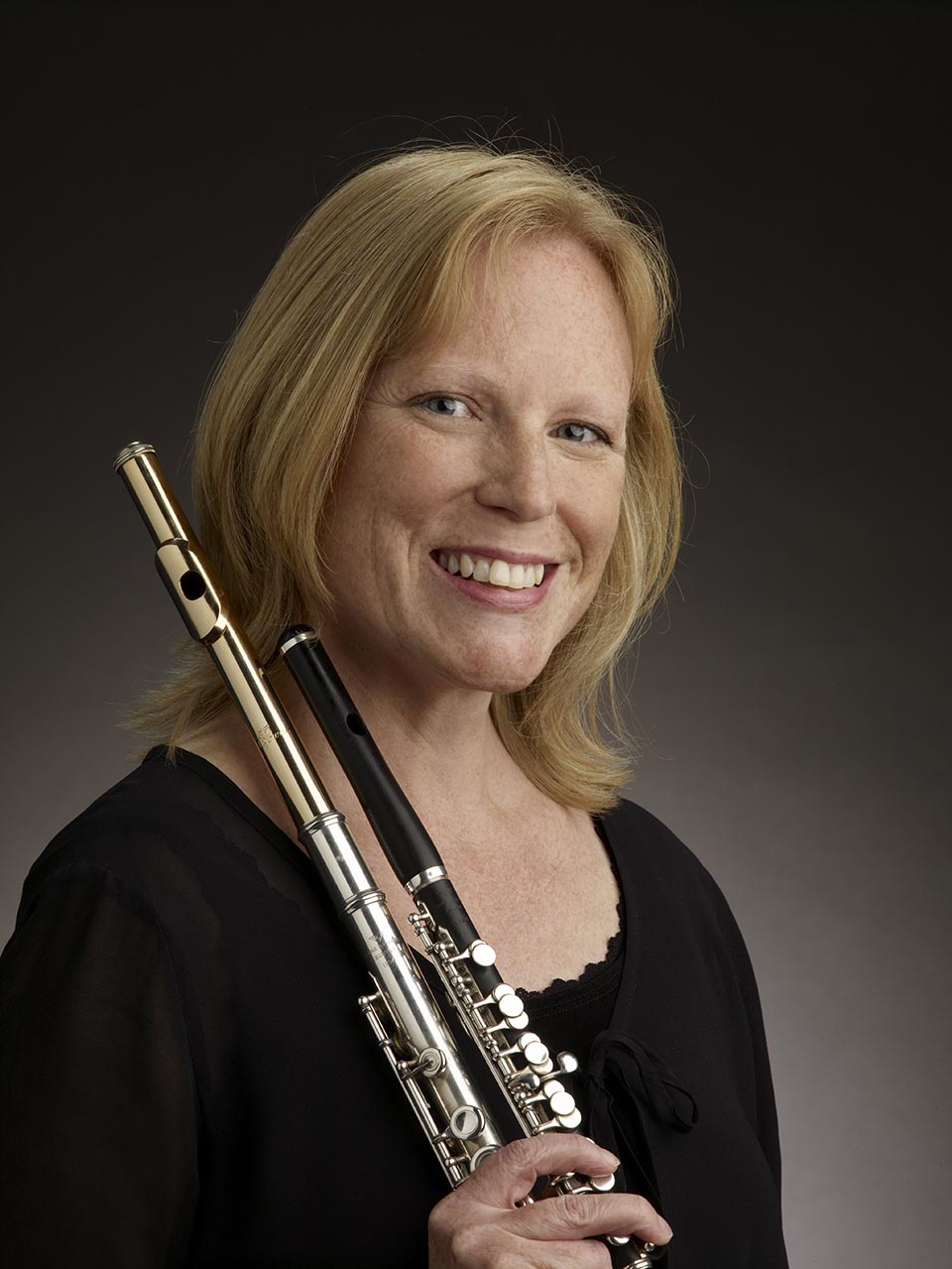 Mary Kay Fink joined The Cleveland Orchestra’s flute section in 1990 and made her Cleveland Orchestra debut as piccolo soloist in Vivaldi’s Concerto in A minor (RV445) at the 1994 Blossom Festival. She has since performed as piccolo soloist with the Orchestra at Severance Hall and at the Blossom Festival. In May 1999, she was a flute soloist in Nicolas Underhill’s Aspirant Variations, alongside her colleagues in the Orchestra’s flute section. Her most recent solo appearance was in April 2005, performing Bruce Broughton’s Piccolo Concerto.

Born in Milwaukee, Wisconsin, Mary Kay Fink began playing piano at the age of six and flute at age ten. She holds a bachelor of music degree from the Oberlin Conservatory of Music, where she studied with Robert Willoughby and a master of music degree from the Juilliard School, where she studied with Julius Baker and Paula Robison. Ms. Fink has also studied with avant-garde flutist-composer Robert Dick. She was awarded first prize in the 1986 National Flute Association Young Artist Competition. The following year, the Association sponsored her formal debut recital at Carnegie Hall’s Weill Recital Hall.

Before coming to Cleveland, Mary Kay Fink was a member of the New Jersey Symphony Orchestra; the Madison Symphony, where she was principal flute; and the New York Philharmonic, where she was acting piccolo. She has appeared as a soloist with the Bismarck Symphony, Concert Artists of Baltimore, Madison Symphony, Milwaukee Symphony Orchestra (as a youth soloist), New Jersey Symphony, and the Ohio Chamber Orchestra. During a recent sabbatical, Ms. Fink performed as a substitute with the San Francisco Symphony, the Minnesota Orchestra, and the Milwaukee Symphony. She also performed at the 2007 National Flute Association Convention in Albuquerque, New Mexico, marking her fifth invited appearance at a National Flute Association convention.

Ms. Fink teaches flute and piccolo at the Cleveland Institute of Music (CIM) and privately. She has given piccolo masterclasses at CIM, among other colleges and universities, and has been both a guest artist and full-time faculty member at the Allegheny Summer Music Festival in Pennsylvania. Ms. Fink has studied the baroque flute and Chinese bamboo flute. She plays a Powell piccolo and flute. Ms. Fink is a member of the Cleveland Chamber Collective and performs in solo and chamber music recitals throughout the Cleveland area, often with her husband, pianist and composer Nicolas Underhill. Ms. Fink and her husband have a daughter, Jane.