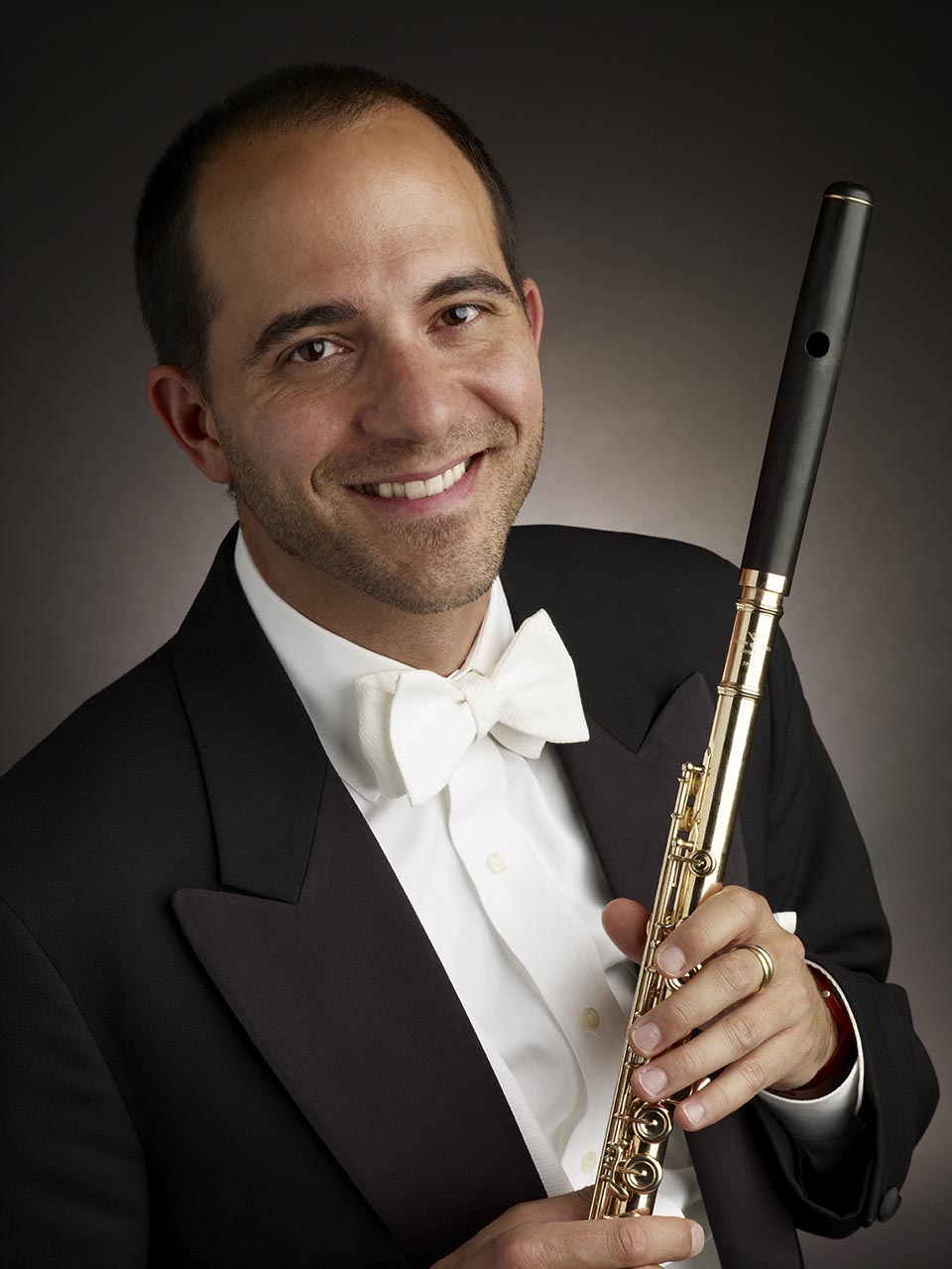 Firmly established as one of America’s outstanding flutists, Joshua Smith is equally at home as a soloist, chamber musician, and educator. He was appointed as The Cleveland Orchestra’s principal flute at age twenty, joining the ensemble in 1990. He appears regularly as soloist with the Orchestra, in repertoire ranging from Bach and Mozart to Penderecki and Widmann. In September 2014, he was featured with the Orchestra on tour in Europe, playing Jörg Widmann’s flute concerto at the BBC London Proms, Lucerne Festival, Berlin Philharmonie, Vienna Musikverein, and Amsterdam Concertgebouw.

Mr. Smith received a Grammy nomination for his Telarc recording, Air, and has recorded two discs with harpsichordist Jory Vinikour dedicated to the Sonatas of J.S. Bach. He appeared on a Live from the Marlboro Music Festival recording and can be heard on more than 100 Cleveland Orchestra recordings.

Intrigued with exploring new ways of connecting with audiences, Joshua Smith leads the chamber group Ensemble HD, which features Cleveland Orchestra members and guests. The artists perform in concert halls as well as non-traditional venues. Ensemble HD released its first double vinyl album in May 2013, Live at The Happy Dog. It was recorded at The Happy Dog, a local bar-restaurant in Cleveland’s Gordon Square Arts District. Joshua Smith was invited to speak to the National Endowment for the Arts Council about community engagement efforts spearheaded by Ensemble HD.

Mr. Smith appears as a chamber musician throughout the United States, including recent and ongoing appearances with the Philadelphia Chamber Music Society series, at the Marlboro and Santa Fe Music Festivals, and with the Israeli Chamber Project. He has performed in collaborative concerts at the Cleveland Museum of Art, Pensacola Museum of Art, Museum of Contemporary Art in Miami, and the 92nd Street Y in New York City.

Joshua Smith is a Powell Artist and performs most often on a new grenadilla Powell or on an old Rudall-Carte. A native of Albuquerque, New Mexico, he worked closely with renowned pedagogue Frank Bowen before attending Philadelphia’s Curtis Institute of Music, where he studied with Julius Baker and Jeffrey Khaner.