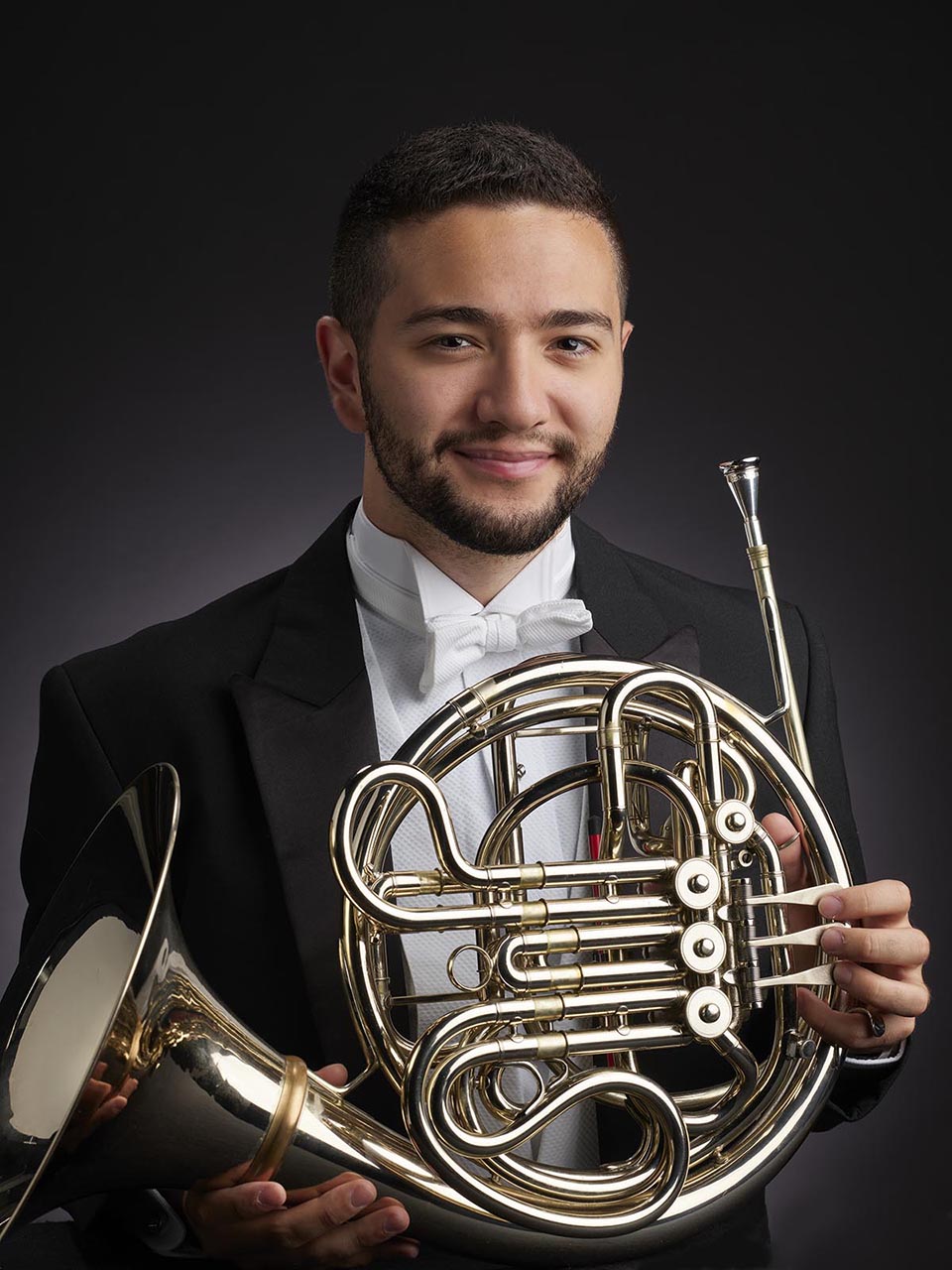 Nathaniel Silberschlag was appointed principal horn of The Cleveland Orchestra in May 2019, and took up the position in August prior to the start of the 2019-20 season. He previously served as assistant principal horn of the Washington National Opera/Kennedy Center Opera House orchestra, where he was the youngest member ever to win a position with the ensemble, at the age of 19. He completed his bachelor of music degree from New York's Juilliard School in May 2019, where he was a student of Julie Landsman and recipient of the Kovner Fellowship.

Born in Leonardtown, Maryland, in the Chesapeake region, Mr. Silberschlag comes from of a family of sixteen professional musicians across several generations. These include former principal players of the New York Philharmonic, Italian National Orchestra RAI, and Jerusalem Symphony. He is the third generation of his family to attend the Juilliard School. He made his debut in Italy at age 9, with news of the performance appearing on the front page of Italy’s newspaper La Stampa.

As soloist, Nathaniel has performed with the Juilliard Orchestra, Bulgarian Philharmonic, Romania State Symphony, New York’s Little Orchestra Society, and the Chesapeake Orchestra. He has also played concerts with a variety of ensembles, including the New York Philharmonic and Orpheus Chamber Orchestra.

At the John F. Kennedy Center for the Performing Arts, Mr. Silberschlag became a graduate of the National Symphony Orchestra Youth Fellowship program under the tutelage of Sylvia Alimena as part of her "Brass of Peace" scholarship program. He also spent two summers in the Kennedy Center’s Summer Music Institute. He was a fellow at the Music Academy of the West in the summers of 2017 and 2018, and in 2018 was named one of ten Zarin Mehta Fellows to perform with the New York Philharmonic as part of their 2018 Global Academy.

In 2015, he was the first recipient of the Edwin C. Thayer / Laurel Bennert Ohlson award for artistry and excellence in horn performance. Since 2007, he has been a full participant fellow at Italy's Alba Music Festival, and also attended the Eastern Music Festival in 2016. He is also a member of the New York Festival Brass Quintet.