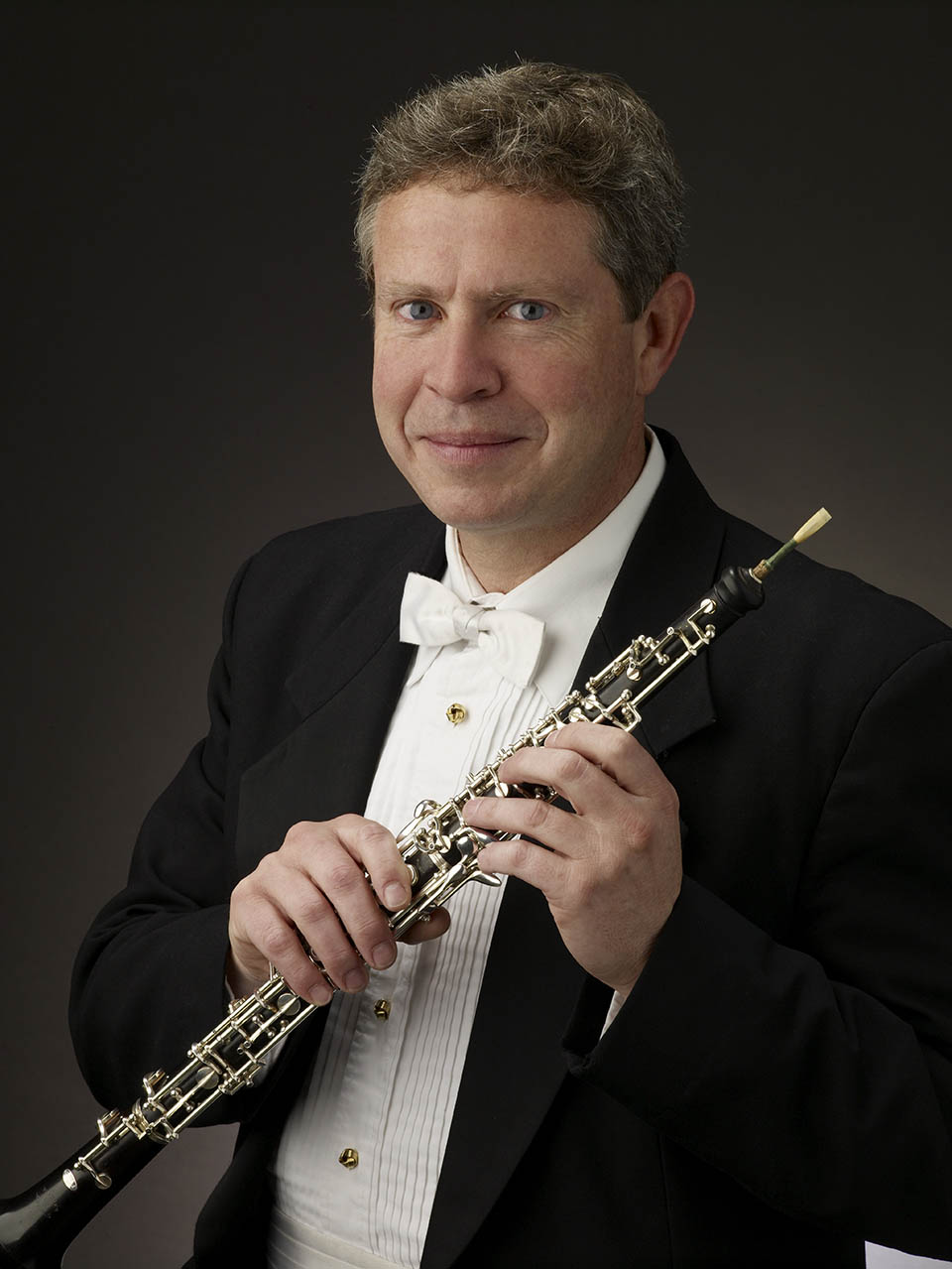 Jeffrey Rathbun joined The Cleveland Orchestra as assistant principal oboe in 1990; he served as principal oboe 2001-03. He was previously a member of the Atlanta, San Francisco, Oakland, and Honolulu symphony orchestras. In 1988, he was awarded first prize at the Lucarelli International Competition for Solo Oboe Players, held at Carnegie Hall’s Weill Recital Hall; his New York debut recital, in April 1990, was also at Weill.

A Buffet Artist, Jeffrey Rathbun was the only North American oboist invited to perform in the 190th Anniversary Concert for the renowned instrument manufacturing company Buffet Crampon in Paris in 2015. In demand as guest principal oboe, he has performed with the Boston Symphony and Los Angeles Philharmonic. With the San Francisco Symphony during Michael Tilson Thomas’s 20th year as music director, he was invited to serve as guest principal oboe in concert and on the ensemble’s 2014-15 National Tour. He opened the Chicago Symphony’s 125th anniversary season in September 2015 in the same role.

Mr. Rathbun teaches at the Kent/Blossom Music Festival, and, since 2006, has served as lecturer in oboe at Baldwin Wallace Conservatory and as a faculty member of the Cleveland Institute of Music. He has also served as a visiting oboe professor at the Oberlin Conservatory of Music and Indiana University, and has led masterclasses at the Manhattan School of Music, Mannes College of Music, and the New World Symphony, among other schools. He serves as a member of the executive committee of the International Double Reed Society.

A composer of chamber and orchestral works, Mr. Rathbun’s compositions are published by Theodore Presser Co., Jeanne Inc., and Trevco Music. His works have been performed by a variety of ensembles, including The Cleveland Orchestra, Atlanta Symphony Orchestra, and the San Diego Symphony, under the direction of conductors including Christoph von Dohnányi, Leonard Slatkin, Jahja Ling, and Franz Welser-Möst. His recent work, Pantheon, was commissioned by The Cleveland Orchestra to open the ensembel's 2018-19 season.