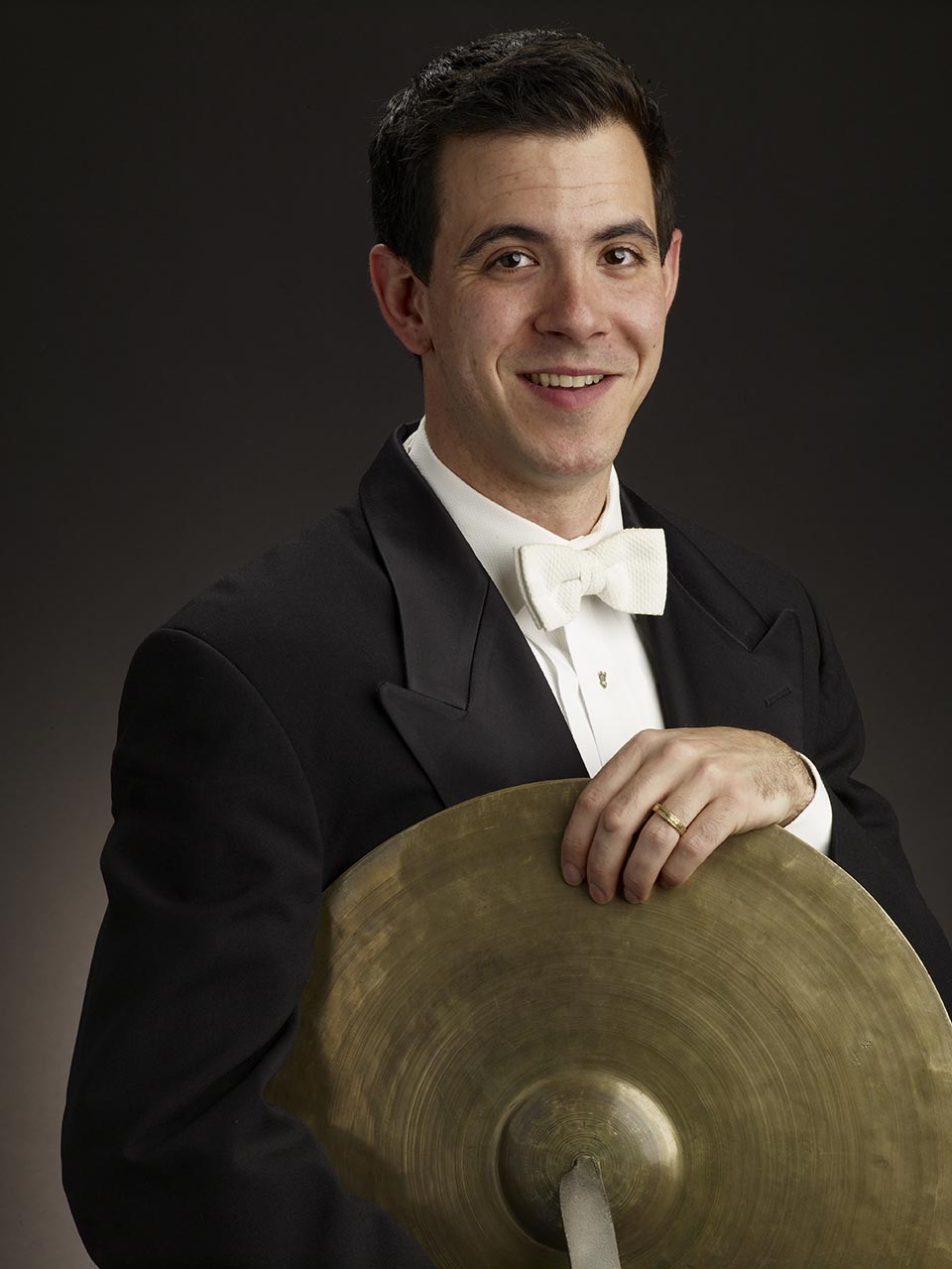 Marc Damoulakis joined The Cleveland Orchestra in August 2006 and was appointed to the principal percussion chair in 2013. He currently also teaches as a faculty member at the Cleveland Institute of Music. He also presents clinics, masterclasses, and workshops at institutions and festivals worldwide, and performs as a soloist in a wide variety of performance settings.

Throughout his career, he has performed and recorded as a guest artist, including engagements with the New York Philharmonic, Atlanta Symphony, Detroit Symphony Orchestra, Houston Symphony, Sarasota Orchestra, and the Hong Kong Philharmonic. He performed and recorded with the National Brass Ensemble at Skywalker Ranch and Orchestra Hall in Chicago in 2015. An active chamber musician, Mr. Damoulakis plays regularly with the Strings Music Festival, ChamberFest Cleveland, and the Sun Valley Summer Symphony “In Focus” Series, where he is also the principal percussionist. He has performed with Chamber Music Society of Lincoln Center, Gilmore Festival, New Music Consort, and the Pulse Percussion Ensemble. In addition, Mr. Damoulakis is a founding member of the Time Table Percussion Quartet.

As a teacher, Marc Damoulakis has students holding positions in major symphony orchestras throughout the world and has led masterclasses and clinics throughout North America, Europe, and Asia. He is committed to a biannual week-long teaching residency at the University of Colorado at Boulder, and is a regular participant in the North Western Percussion Symposium, and the National Youth Orchestra. In addition, he serves as a judge of the annual Modern Snare Drum Competition. In addition to his current work at CIM, he taught for seven years as a faculty member at DePaul University. As a collaborative three-year project, he developed the K symphonic line of cymbals with the Zildjian Cymbal Company, instruments that are an important part of his sound collection with The Cleveland orchestra.

Prior to coming to Cleveland, Mr. Damoulakis lived and worked in New York, where he performed and recorded with the New York Philharmonic (2003-2006), served as principal timpani of the Long Island Philharmonic (1998-2006), and held the position of assistant principal percussion of the Harrisburg Symphony Orchestra (2003-2006). He also performed as an active freelancer in New York, including playing in the orchestra for Phantom of the Opera on Broadway.

A native of Boston, Massachusetts, Mr. Damoulakis was exposed to music at a young age by his parents, who were both educators and musicians, in piano and tuba respectively. He later spent four summers at Tanglewood, in addition attending the Spoleto Festival and Pacific Music Festival. Marc Damoulakis holds a bachelor’s degree in percussion performance from the Manhattan School of Music, where he studied under Chris Lamb (New York Philharmonic), Duncan Patton (Metropolitan Opera Orchestra), and James Preiss (Steve Reich ensemble). He continued his studies for four years with the New World Symphony under Michael Tilson Thomas (1999-2003).

Marc and his wife, Samantha, currently reside in Cleveland Heights with their son George, daughter Helen, and their dog Rocky.