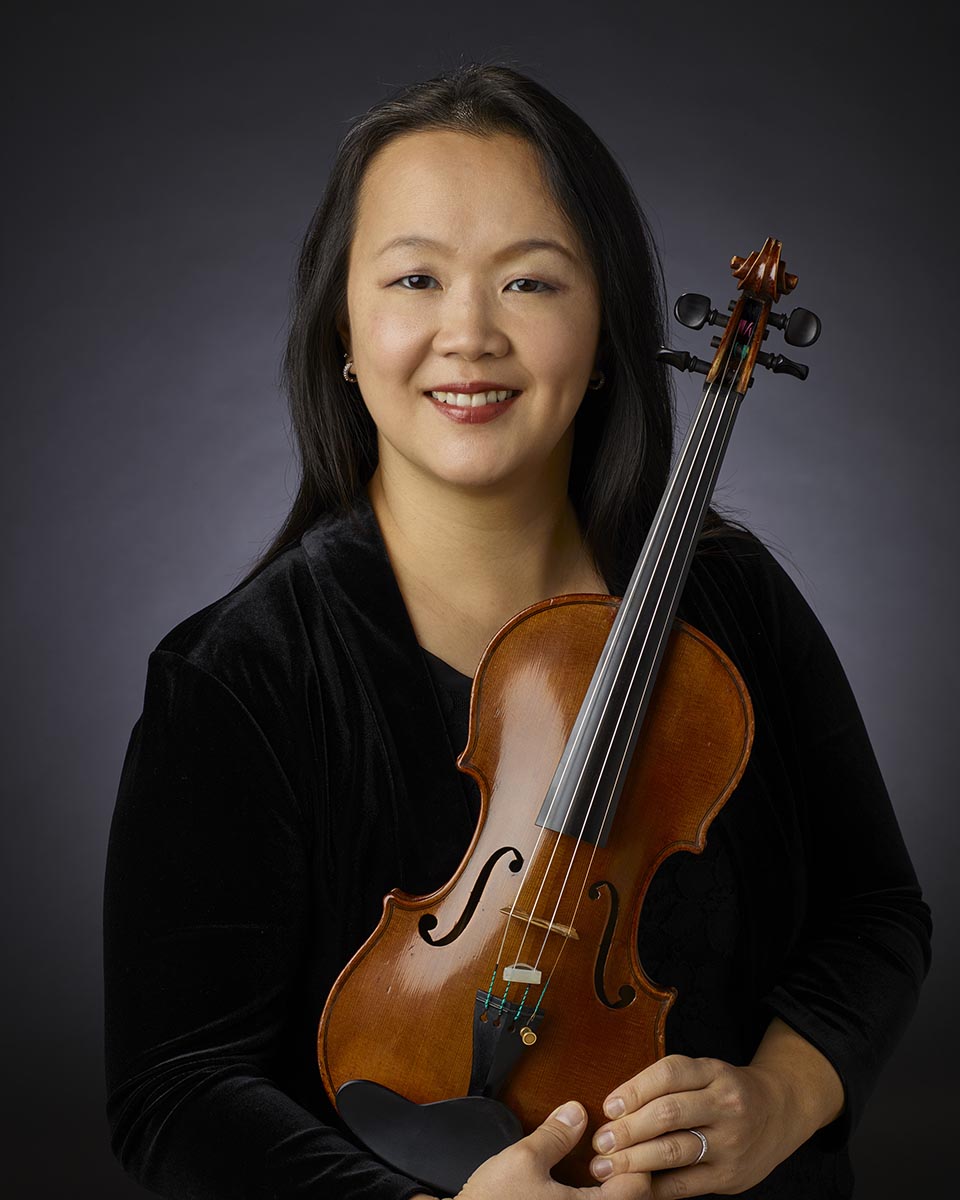 Jiah Chung Chapdelaine joined The Cleveland Orchestra in the autumn of 2016. She has previously served as concertmaster of Opera Cleveland, performed new compositions with the Cleveland Chamber Symphony, and was a member of the Akron Symphony.

A native of Seoul, Korea, Jiah Chung began playing the violin at age 5. She subsequently moved to Iowa City, Iowa, where she pursued violin playing with Doris Preucil and Allen Ohmes. She holds bachelor's and master's of music degrees from the Cleveland Institute of Music, where her principal teachers were David Cerone, David Updegraff, and David Russell. As a soloist, she has appeared with the Sioux City Orchestra, Waterloo/Cedar Falls Symphony, Des Moines Symphony Orchestra, and the National Repertory Orchestra.

As a teacher, she has served as a member of the faculty of the Cleveland Institute of Music's Preparatory Department since 2003. In addition, she has taught at the University of Akron since 2014.

A resident of Cleveland Heights, Ms. Chapdelaine enjoys traveling, cooking, and spending time with her husband, Stephen and their children, Ella and Oliver.