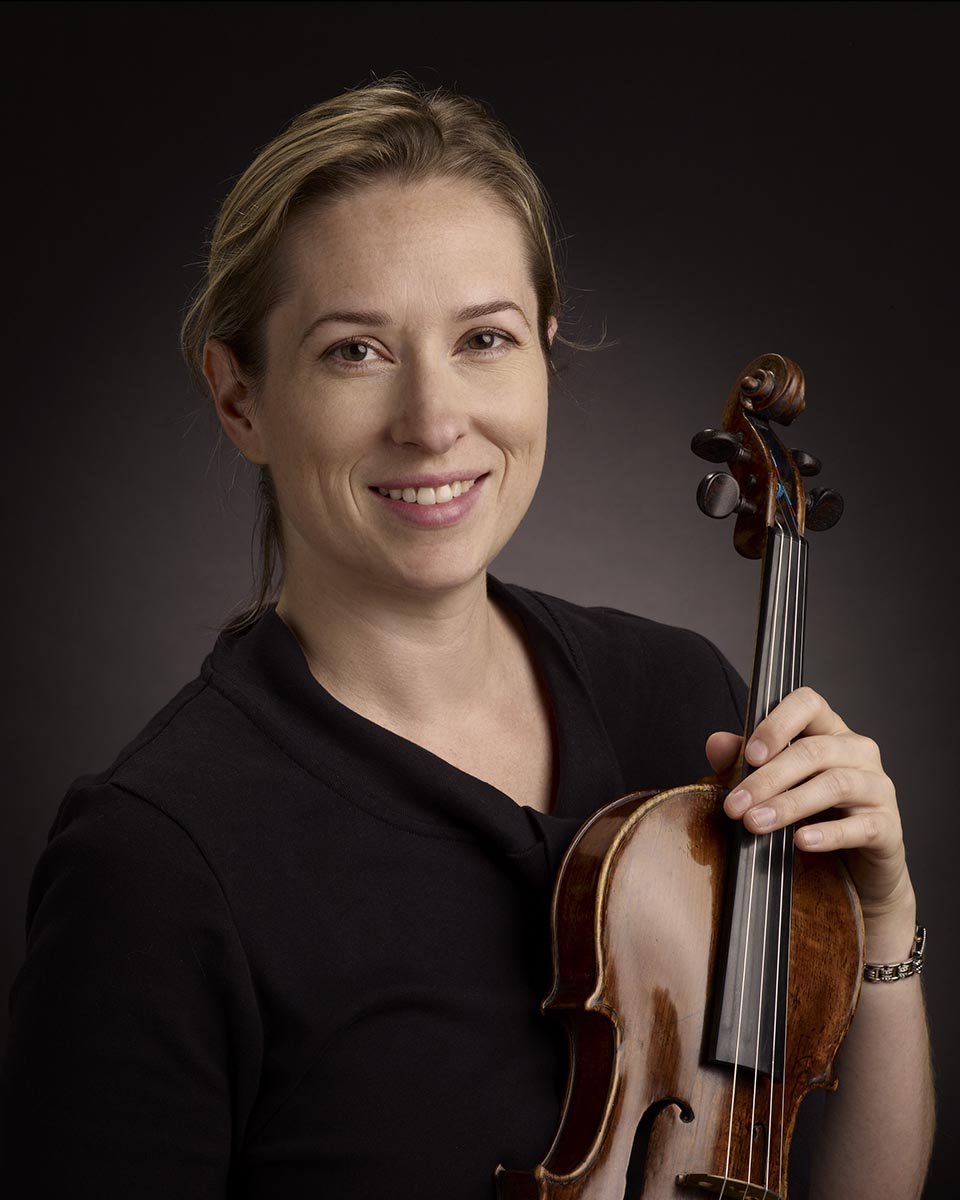 Violinist Elayna Duitman joined the second violin section of The Cleveland Orchestra in August 2010. Previously, she served as a member of the Detroit Symphony Orchestra from 2002 to 2010. Born in Bradenton, Florida, into a musical family, Ms. Duitman is a 1998 graduate of the New England Conservatory in Boston. Upon graduation with honors in both academics and violin performance, she received a Netherland-America Foundation Grant from the Fulbright Foundation and a Frank H. Beebe Grant for study abroad. She then spent two years studying at the Royal Conservatory in The Hague, the Netherlands, where she received her master’s degree in 2000.

Also in 2000, Ms. Duitman won her first orchestral position, as a first violinist in the Netherlands Philharmonic Orchestra in Amsterdam, where she spent one season performing in the Concertgebouw and touring extensively throughout the Netherlands, Germany, and Hong Kong. She also played in the Netherlands Chamber Orchestra. In 2001, she moved from the Netherlands to Phoenix, where she served as associate concertmaster of the Phoenix Symphony Orchestra for the 2001-02 season. She moved to Detroit in 2002, when Ms. Duitman joined the Detroit Symphony Orchestra. Ms. Duitman has participated in many music festivals, including the Interlochen Festival of the Arts, Encore School for Strings, Sarasota Music Festival, Schleswig-Holstein Music Festival Orchestra in Germany, and the Academy of XXth Century Music with Pierre Boulez and the Ensemble Intercontemporain in Paris. Her teachers have included James Buswell, Vera Beths, Allen Ohmes, David Updegraff, and Linda Cerone.