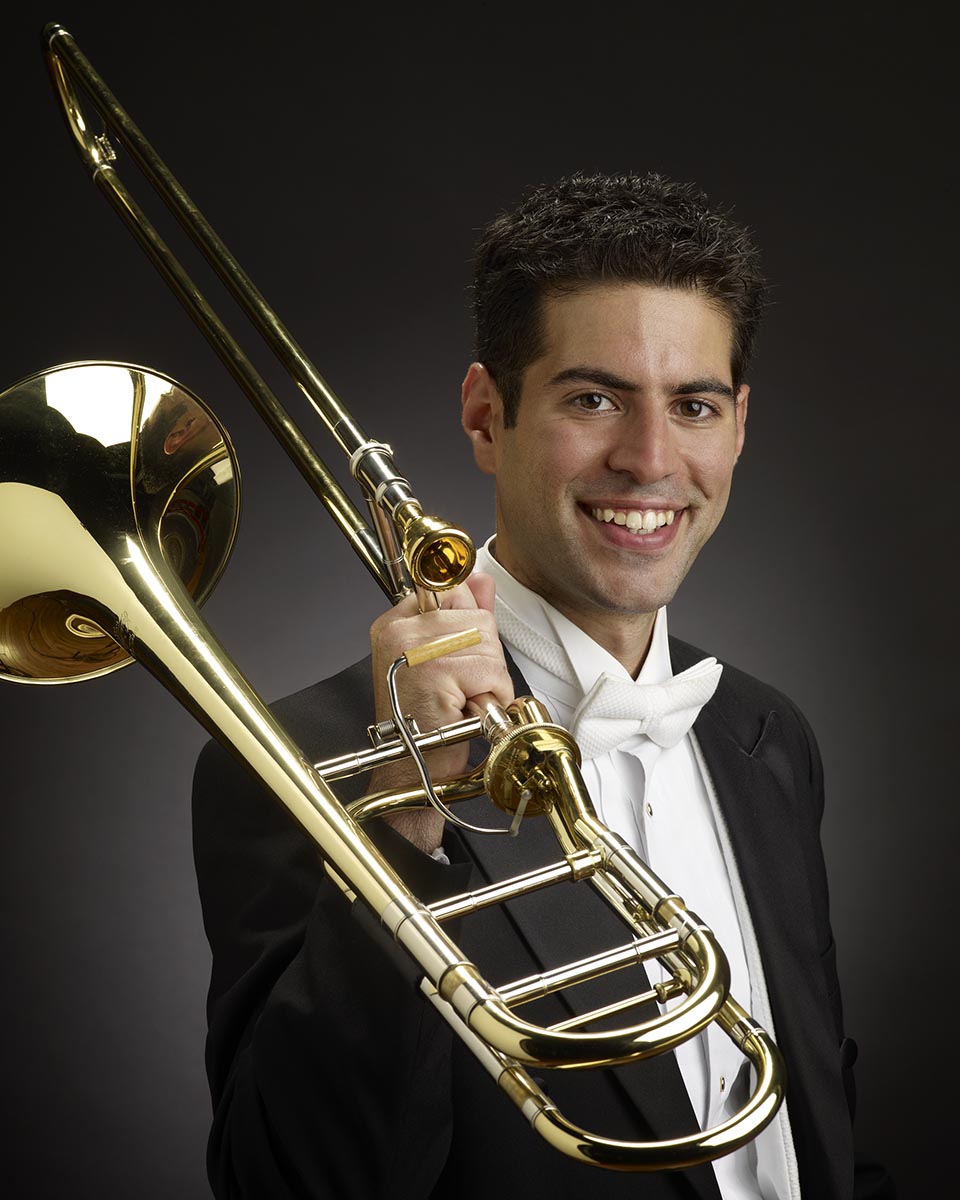 Cited by the New York Times as “a gifted young trombonist,” Shachar Israel joined The Cleveland Orchestra in 2009 as assistant principal trombone. Born in Nahariya, Israel, he received his bachelor of music degree from Philadelphia's Curtis Institute of Music, where he studied with Nitzan Haroz, principal trombone of the Philadelphia Orchestra. His primary teachers have included Joseph Alessi, Mark Lawrence, Mitchell Ross, Micha Davis and Joseph Nashkes.

As a soloist and chamber musician, Shachar Israel's performances have included Berio's Sequenza V for solo trombone at New York's Lincoln Center as part of the New York Philharmonic's "Day of Berio." He has also performed with Canadian Brass and recorded four albums with that group. He was the winner of the Lewis Van Haney Philharmonic Prize Competition at the 2008 International Trombone Festival, and has been a soloist with the Jupiter Symphony Players in New York City, the Cleveland Winds, and Cleveland State University's Wind Ensemble. Mr. Israel is a founding member of the Great Lakes Trombone Ensemble, which performed at the 2014 International Trombone Festival held at the Eastman School in Rochester.

In addition to a busy performance schedule, Mr. Israel is a passionate teacher and is a faculty member of Cleveland State University. He also serves as founder and director of the Cleveland Trombone Seminar (CTS), held annually in Cleveland since 2012. CTS brings together motivated students and world-class professional musicians for nine days of learning and performances. Mr. Israel frequently presents masterclasses, clinics, and recitals throughout the United States.

Mr. Israel started his musical journey at the Kiryat-Yam Wind Band, and he is a graduate of the Thelma Yellin High School in Givatyim, Israel. His studies while in Israel were made possible by the generosity of the America-Israel Cultural Foundation through its scholarship program, the Keren Sharet Competitions.