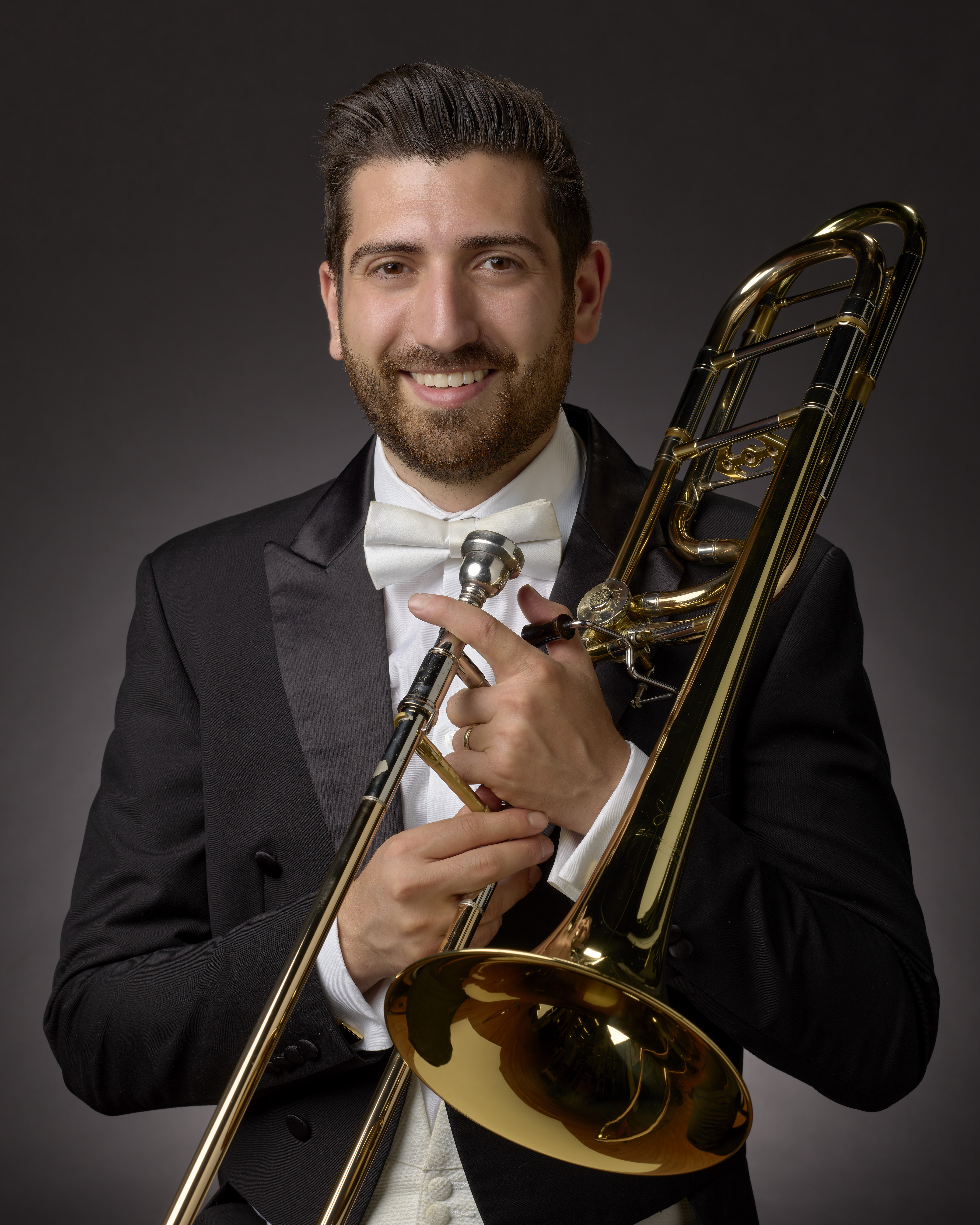 Brian Wendel joined The Cleveland Orchestra as Principal Trombone in August of 2022, appointed by Franz Welser-Möst. He previously served as Principal Trombone of the Vancouver Symphony Orchestra (VSO) for five seasons, beginning in 2017. Enjoying the thrill of solo performances and competitions, he has appeared as a soloist with the Vancouver and Prince George Symphonies, Denver University Brass Ensemble, and the Juilliard Trombone Choir, and was winner of the Music International Grand Prix — Winds and Brass category (2021), Online Trombone Competition (2020), Alessi Seminar Asia Competition (2018) and two International Trombone Association competitions (2014 and 2016). He has also performed with the Seattle Symphony, Philadelphia Orchestra, New York Philharmonic, and New York Philharmonic Brass Ensemble. He received his bachelor’s degree from The Juilliard School under the mentorship of Joseph Alessi.

Mr. Wendel’s lifelong vision of releasing a solo album came to fruition during the COVID-19 pandemic. His exclusive time at home with his wife and newborn in 2020 shone a light on the significance of what “home” means, in both a musical and personal sense, which is on display on this album. Entitled This is Home, the album features works by Scriabin, Bach, Crespo, Prokofiev, and himself. Released on June 18, 2021 (a birthday release!), it can be purchased on his website or streamed on all platforms.

Mr. Wendel is passionate about teaching, and served as Adjunct Professor of Trombone at the University of British Columbia (UBC) from 2019 until his move to Cleveland. Most recently, he was a featured artist at the Lamont School of Music at Denver University, and has taught masterclasses at Indiana University, Alessi Seminar Asia, the Yong Siew Tow Conservatory (Singapore), and the University of Toronto, performing recitals at several of these programs. He has enjoyed teaching for other training programs like NYO-USA 2, PRISMA Festival, VSO Institute, and Vancouver Trombone Week, which he co-founded and led with VSO bass trombonist Ilan Morgenstern. Mr. Wendel and Mr. Morgenstern’s contributions to the music education scene in Vancouver received media attention from CTV Morning Live and CBC Music and were recognized for their positive influence. In the realm of chamber music, Mr. Wendel has performed at the United Nations, Madison Square Garden, Rogers Arena, and the Russian Embassy in Washington, D.C. For Mr. Wendel, engaging and connecting with audiences in the chamber setting is one of his great joys of performing.

As a student, he spent summer months as an Orchestral Fellow at the Music Academy of the West, Pacific Music Festival, American Institute of Musical Studies in Graz, Austria, the National Orchestral Institute, and the Alessi Seminar. He was an inaugural member of the 2013 National Youth Orchestra of the United States. In summer 2019, he was invited to return to Pacific Music Festival as a distinguished alumnus to take part in the festival’s 30th anniversary performances of Mahler’s Eighth Symphony.

Mr. Wendel grew up in the rural town of Conway, Massachusetts. Starting on the piano at age six and the trombone at age nine, he studied both classical and jazz music, and in high school was a student at the New England Conservatory Preparatory School. Some of his early musical mentors include David Sporny, Norman Bolter, Andy Jaffe, and his dad, Renato Wendel. Outside of music, he loves to travel whenever and wherever he can. Together with his wife (and violist) Karen, and their two young boys, they are all excited for many new adventures in Cleveland.