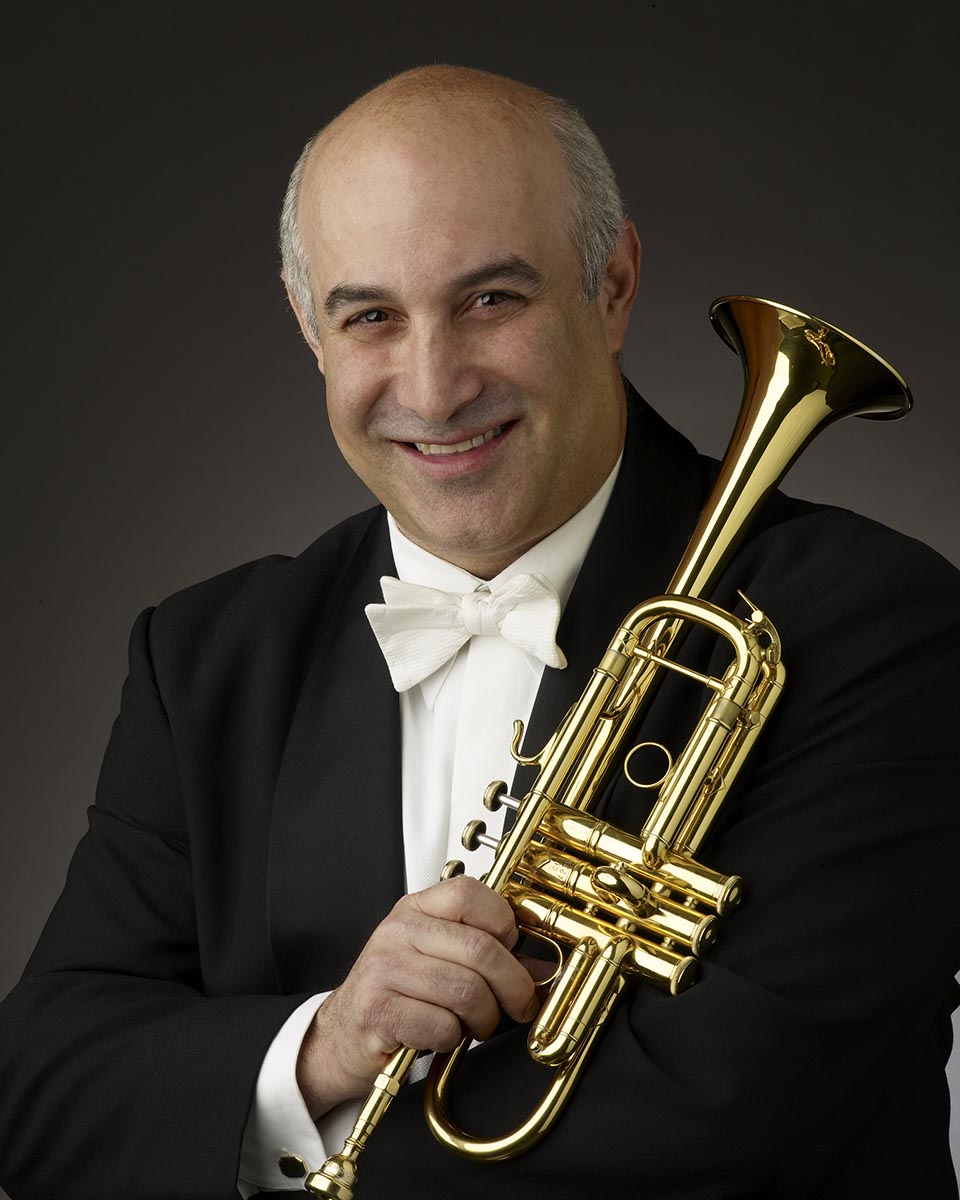 Michael Sachs joined The Cleveland Orchestra as principal trumpet in 1988. His many performances as soloist with the Orchestra include the world premieres of John Williams’s Concerto for Trumpet and Michael Hersch’s Night Pieces for trumpet and orchestra (both commissioned by the Orchestra for Mr. Sachs), the United States and New York premieres of Hans Werner Henze’s Requiem, and, in 2012, the world premiere of Matthias Pintscher’s Chute d’Étoiles, conducted by Franz Welser-Möst at the Lucerne Festival. He has also soloed in works by Handel, Copland, and Bach, and most recently performed Hummel's Trumpet Concerto with the Orchestra in November 2019.

Mr. Sachs serves as head of the trumpet department at the Cleveland Institute of Music, and is a member of the faculty at Northwestern University's Bienen School of Music. In addition to serving as a faculty member of leading summer festivals — including the Aspen Music Festival, Blekinge International Brass Academy, Domaine Forget, Grand Tetons Music Festival, National Brass Symposium, and National Orchestral Institute — he presents masterclasses and workshops at conservatories and major universities throughout the United States, Europe, and Asia as a clinician for Conn-Selmer (maker of Bach trumpets). At the invitation of Sir Georg Solti, he served as principal trumpet and instructor for the Solti Orchestral Project at Carnegie Hall.

Mr. Sachs has also appeared as guest soloist with United States and international orchestras and chamber groups, including the Houston Symphony, Louisiana Philharmonic Orchestra, Auckland (New Zealand) Philharmonia, Janáček Philharmonic Orchestra (Ostrava, Czech Republic), and the Chamber Music Society of Lincoln Center. His April 2005 recital of music for trumpet and organ with Todd Wilson was recorded and released by the Musical Arts Association on an album titled Live from Severance Hall.

He is the author of several books, including Daily Fundamentals for the Trumpet, Mahler: Symphonic Works Complete Trumpet Parts, 14 Duets for Trumpet and Trombone (with Joseph Alessi), and The Orchestral Trumpet, a 176-page comprehensive book and CD overview of standard orchestral trumpet repertoire. Mr. Sachs has also been extensively involved in the acoustic design and play testing for the creation of the new Bach 190 C trumpet and 25M lead pipe, as well as the Artisan line of Bach Stradivarius trumpets.

Michael Sachs has served as music director of Strings Music Festival in Steamboat Springs, Colorado, since 2015. Mr. Sachs was also involved in the planning of the National Brass Ensemble concert, recording, and DVD project in 2014, which featured music of Gabrieli, Copland, and a new work composed for this event by John Williams. This project featured principal members of the brass sections of the symphony orchestras of Cleveland, Boston, Chicago, Los Angeles, New York, Philadelphia, and San Francisco.

Before coming to Cleveland, Mr. Sachs was a member of the Houston Symphony as well as a faculty member of Rice University’s Shepherd School of Music. Originally from Los Angeles, Michael Sachs earned a bachelor of arts degree in history from UCLA prior to attending the Juilliard School. His former teachers include Mark Gould, Anthony Plog, and James Stamp.