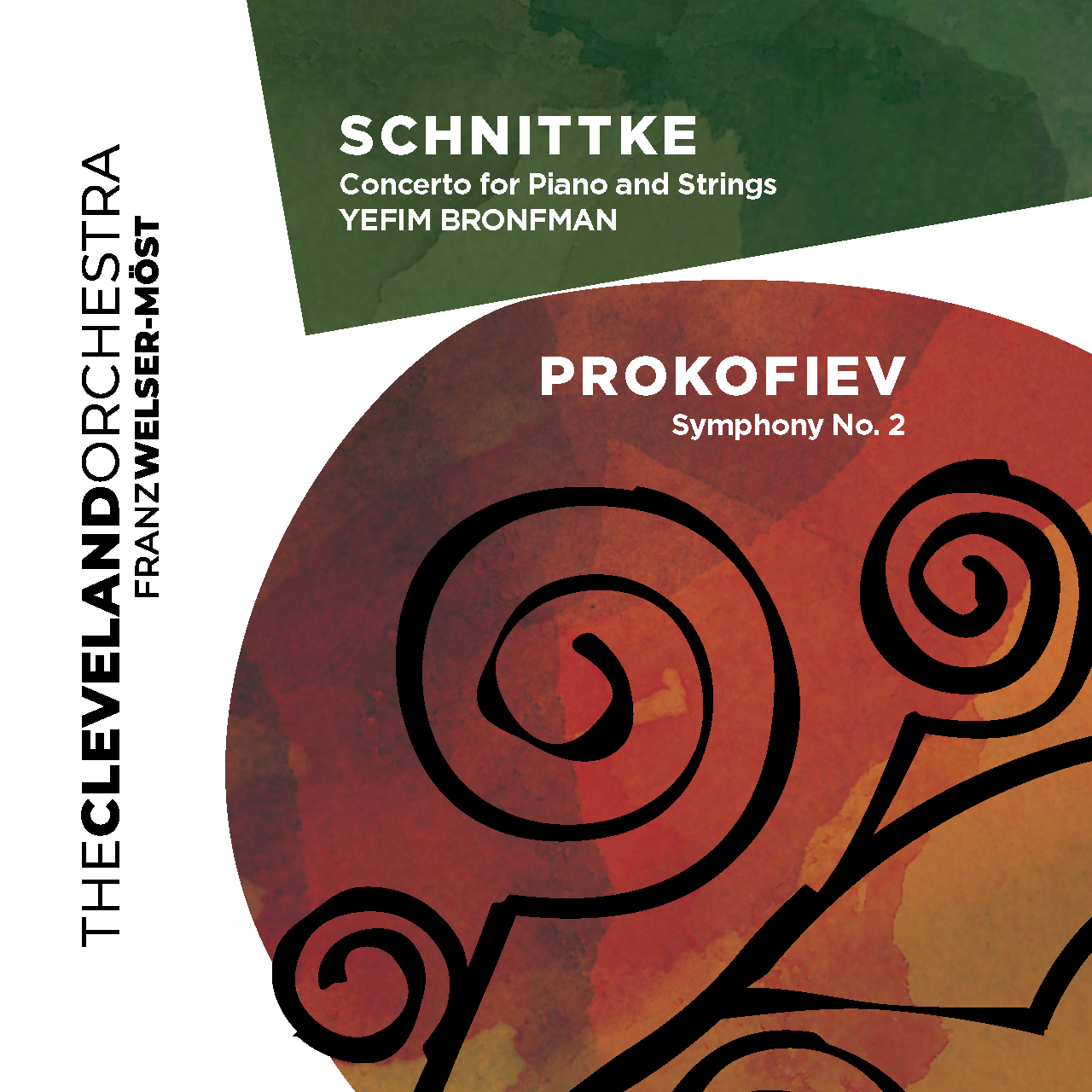 The Schnittke Concerto for Piano and Strings was recorded in Cleveland’s Jack, Joseph, and Morton Mandel Concert Hall at Severance during the Covid-19 pandemic (October 2020). It features pianist Yefim Bronfman with the Orchestra’s strings, and was part of The Cleveland Orchestra’s In Focus digital broadcast series. Prokofiev’s Second Symphony was recorded in January 2020 on tour in Miami, in Knight Concert Hall at the Adrienne Arsht Center for the Performing Arts of Miami-Dade County, and features full orchestra ensemble in this work inspired by the early 20th century’s fascination with mechanics and industry.

Thoughts from Franz-Welser-Möst, Music Director of The Cleveland Orchestra:

"This is a side of Prokofiev that I didn't know until I discovered this piece. He wrote it in Paris, but deep down, he was carrying his Russian soul — though he was struggling with the political establishment at that time. The symphony was written in the Roaring Twenties, but somehow predicts World War Two, and you can hear the war machine stirring in its mechanical motifs."

"Schnittke, in the years after World War Two, was also suffering from the legacy of Russia’s communist regime. And I think that both composers were so grounded and bound to Russian soil that they could not deny that that spirit in their music. You can hear that they are inspired by the same history, the same tradition, and the same heart."